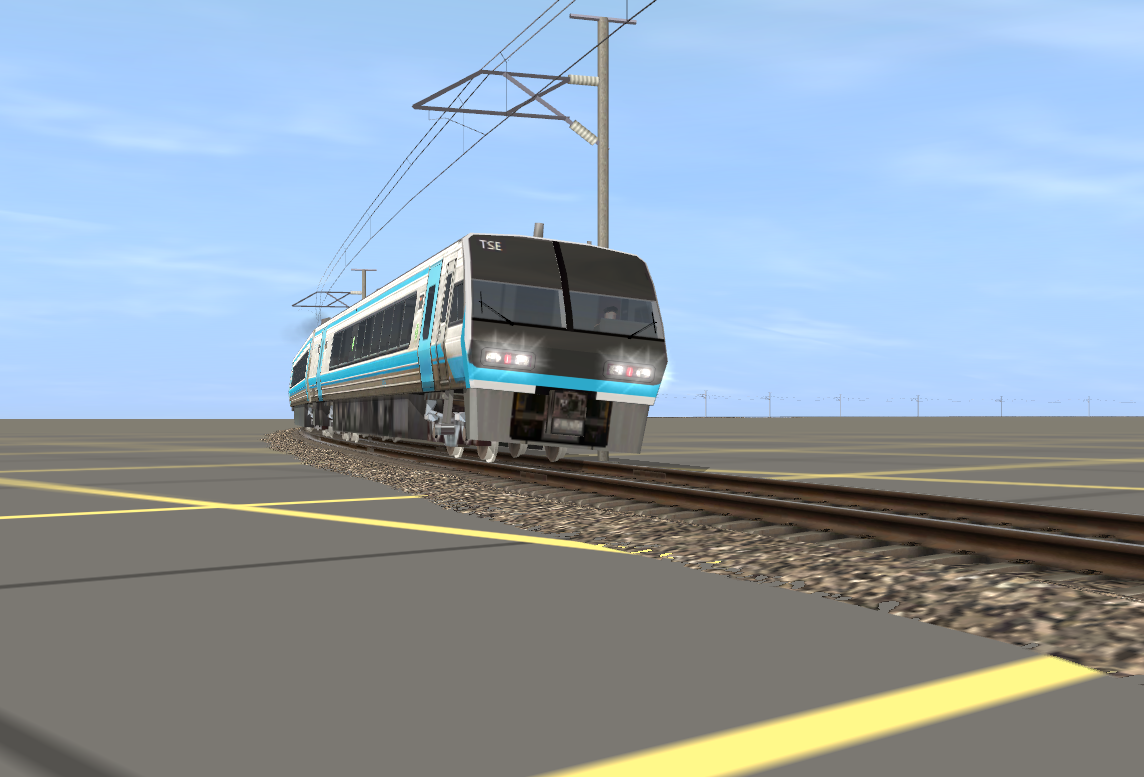 A great problem calls for a great solution.

By the late 1980s, the newly formed JR Shikoku was losing passengers to the then-being-built Motorways, wich were competing with an old, unelectrified and tortuous railway network.

The competition was particularily felt on the Dosan Line, wich is one of the most important railway lines in Shikoku (connecting the north of the island to the city of Kochi), via the inland mountains.

A tilting train is a train that has the ability to tilt the body inwards on curves, lessening the centrifugal force effect and thus can run faster than conventional trains on curves, while maintaining the same saftey level (and in some case even safer).

An idea that comes from far away (or not).

Tilting trains were initially developed as experimental trains by many different countries in the 1970s, including France, the United Kingdom and Japan.

Notably, the JNR developed one of the first tilting express EMUs, the 381 Series of 1973, using a”passive tilt” system (where the body tilts when the train is already in curve).

The ideal solution was developed in Italy, with an “active tilt” system (the body tilts before entering a curve) being employed firstly on the experimental ETR401 Series of 1974, giving birth to the famous “Pendolino” family of trains (ETR450, ETR460, ETR470…), wich became the standard to wich all tilting trains are compared to.

It’s ready! And what a train it is!

Back to Shikoku, the “Trans-Shikoku Experimental” DMU  project was classified “2000 Series” by JR Shikoku (using a system more akin to a private railway than to the one of JNR), with a prototype 3-car set manufactured by Fuji Heavy Industries.

The prototype set had two different front ends: an aeredoynamic one, and a flat one, used for coupling other sets.

While being world’s first tilting DMU, it was by far not the first tilting train, nor the tilting system was particularily advanced (in fact it still was an obsolete passive-tilt system).

Similarily to highway busses (wich the 2000 Series was to compete with), it had individual regulable air conditioning vents, and was fitted with a front camera, so that front-view footage could be broadcast on a TV screen in the passenger compartment.
It entered service in 1989, assigned to Takamatsu depot for use on “Nampu” and “Shimanto” express trains, using the Yosan and Dosan Lines.

It won both the “Laurel Prize” (a yearly prize awarded by the Japan Railfan Association to outstanding vehicles wich entered service the year before) and the “Japan Society of Mechanical Engineers” award in 1990.

Also in 1990, with the introduction of full-production sets, it was moved to Matsuyama depot, for use on “Shiokaze” services between Matsuyama and Okayama (via the Seto-Oashi Bridge).

With the introduction of the 8000 Series EMU, in 1993 the “TSE” prototype set was moved back to Takamatsu depot, and was assigned on “Ashizuri” and “Shimanto” trains, with trough-services with the Tosa Kuroshio Railway.

In 2003 it was moved back again to Matsuyama, for use on “Uwa” and “Ishizuchi” trains, but by then, it was used very sparcely.