JR West (also known by it’s full name: Western Japan Railway Company) was formed in 1987 with the privatization of JNR, and runs railway services west of Mie and Gifu prefectures, all the way to Yamaguchi, including the metropolitan areas of Osaka, Kyoto and Kobe. It operates also in Ishikawa, Fukui and Toyama prefectures.

JR West has the lowest revenue/kilometer ratio among the top three JR Group companies (East, Central and West), as it has to compete with fierce private railways such as Hankyu, Keihan, Kintetsu and Hanshin even on inter-city services (contrary to the Greater Tokyo Metropolitan Area, where private railways operate mainly suburban networks, and inter-city competition with JR East is scarce).

As a result of this, JR West cannot afford to make large-scale replacements like JR East or JR Central did, and to this day it runs the largest fleet of ex-JNR stock still in operation.

Due to the strong competition with private railways, JR West is infamous for pushing it’s schedules, crews and rolling stock to the limit, and employing harsh penalties (Nikkin Kyuko – “Retraining”) for those that fail to keep up to those extremely tight schedules. As a result of this, crews are under constant pressure (especially on main lines around Osaka), and such company-induced stress often causes accidents or even disasters (such as the 2005 Amagasaki Derailment).

In other words, JR West is famous for being a dick to it’s own employees. 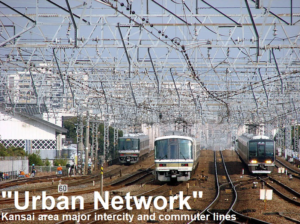 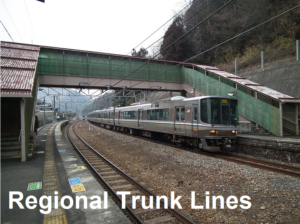 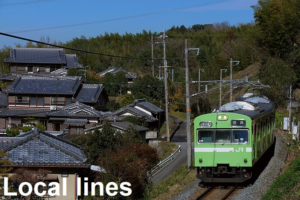