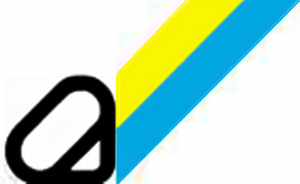 Carrozzeria Autodromo Modena (a name that meanns “Modena Racetrack Bodywork Company”, where the “Racetrack” part refers to the fact that the workshop was located near Modena’s Racetrack), also known by it’s “CAM” acronym or simply by “Autodromo” was formed in Modena in 1949 as a cooperative company for bodywork manufacturing for race cars (the famous Ferrari company had it’s main plant in the city), before eventually evolving into repairations correlated to all sorts of vehicles, from cars to agricultural and industrial machines.

In the 1970s, the company entered the bus market as a contractor for FIAT, assembling the bodywork for the Type 418 urban busses, and later manufacturing it’s own bodywork designs for assembly on Siccar 176 and 177 type frames. In the 1980s the company started marketing it’s first proper “keys-in-hand” bus, the I80 interurban bus assembled on an IVECO 370 frame. In 1988 the company started to market the “Pollicino” (“Tom Thumb”), a compact minibus derived from the IVECO Turbodaily and Fiat Ducato vans and light trucks.

Owning to the good commercial success of the Pollicino, in the 1990s, Autodromo introduced the Alice, it’s first “proper” urban bus, based on the Breadabus 2001 (with witch it shared the frame assembly). Unfortunately, this time around the reception was rather lacklustre, with only a handful of companies placing orders. This was due to several factors, mainly the relative obsolescence of the concept (the Alice was a high-floor bus with a rather obsolete engine) and the widespread availability of near-identical busses from more “well established” manufacturers (the afromentioned Breda 2001, on wich the Alice was based, as well as the IVECO Turbocity and Effeuno for example).

Production of the Alice was discontiuned in 1994, with Autodromo designers going back to the drawing board to design a new model of urban bus for the company. Weary of the previous experienceses with the Alice, Autodromo decided to search elsewhere for manufacturing partners, landing in 1994, a collaboration agreement with the german MAN for the production of low-floor busses, wich at the time were a rather recent introduction, being in widespread service only in Germany and Switzerland.

Thus, in 1994, Autodromo introduced what would become it’s most famous model – the Busotto, Italy’s first low-floor bus, assembled on a MAN NL222 frame. The success of the Busotto was spectacular, with dozens of companies placing orders, and coinciding with an ongoing general renaissance of Italy’s numerous trolleybus networks, a trolleybus version started to be offered as well, both as a 12m standard bus as well as a 18m articulated one. Foreign interest also bloomed, with Autodromo granting the manufacturing licenses for the Busotto to the romanian Rocar.

Further studies were also made using the Busotto design as base, and in 1999 Autodromo introduced the “Alé” 8m minibus, followed in 2001 by the “Tango” 10m “medium” bus, both of wich (but especially the former) were well recieved. However, by that time the “well established” competitors had picked up the peace with the low-floor busses, especially IVECO, wich was now chunking out it’s plants dozen of CityClass busses per week, posing a serious threat to Autodromo’s production.

In 2001 a restyling to the Busotto was made, resulting in the “New Busotto”, a slightly improved version of the former with a different front design. Unfortunately, it was too late, as by that point Autodromo was about to enter serious financial hardships, due to the sudden contraption of the bus market due to the economic recession, something excarberated by the awful mismanagement of the company. After a cooperation agreement to market Volvo busses in Italy fell trough, the financial troubles excarberated, and in 2003 the company filed for bankruptcy, dissolving shortly afterwards.

As a nod to the company’s origins, Autodromo’s logo represents a stylized racetrack. 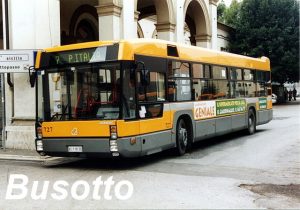