requested by pasha2 on the Trainz forums. 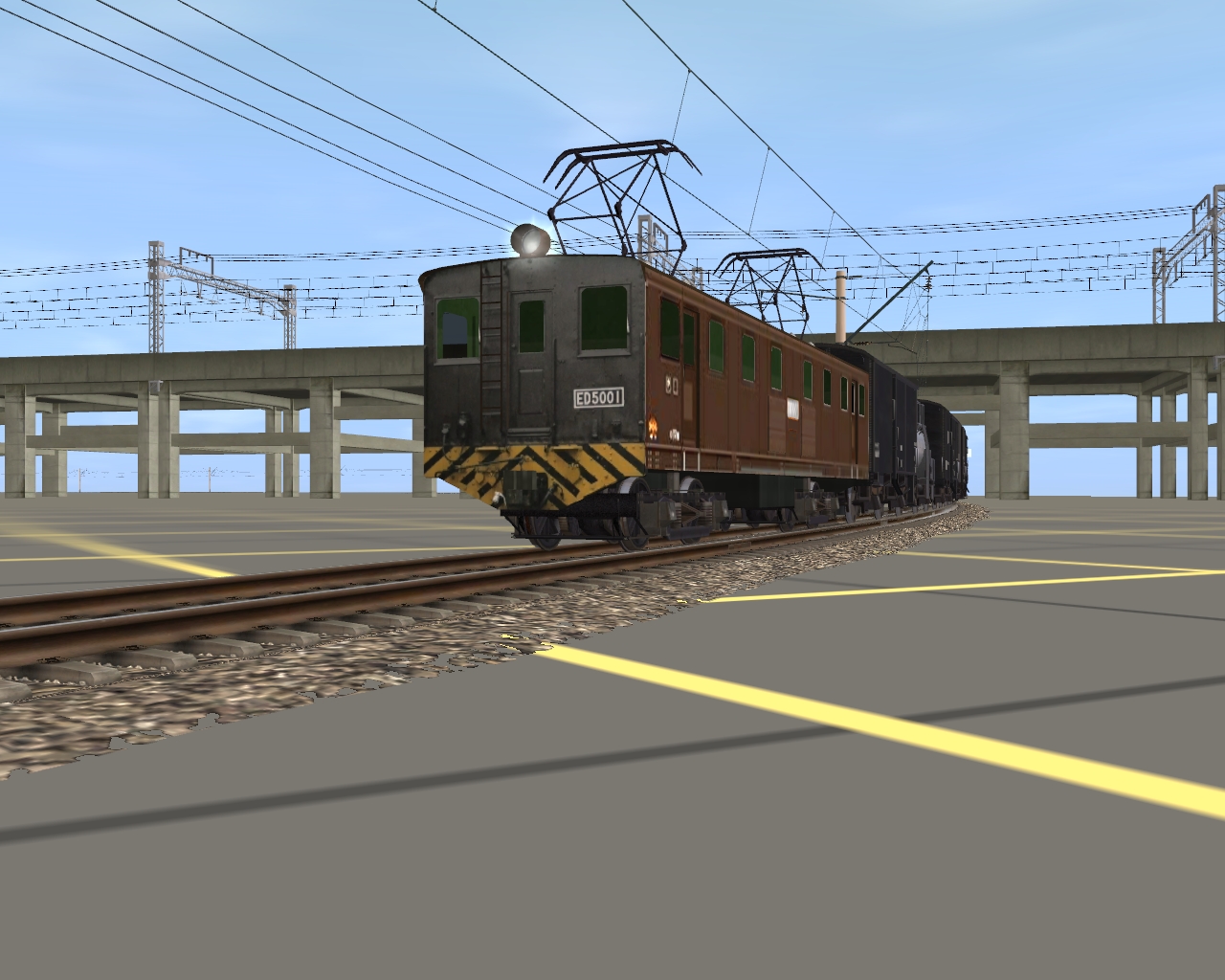 The Class ED15 was built in 3 units by Hitachi in 1924 and entered in service for the Japanese Government Railways in 1926.
Based on locomotives imported from the United States (ED11 and ED14s made by General Electric), Switzerland (ED12 made by Brown-Boveri et cie.) and the United Kingdom (ED13 made by North British Locomotive co., with electrical components made by English Electric), the ED15 was Japan’s first domestically-produced electric locomotive.

They entered service in 1926, hauling freight trains on the newly-electrified Tokaido Line from Tokyo to Atami, but were relocated to the Chuo Line (and assigned to Hachioji Depot) in 1932, altough rare, sporadic services on the Tokaido Line continued until the retirement of the three locomotives in 1959-60.

Hitachi also built similar locomotives for some small private railways: the Fuji Minobu Railway (acquired by JGR in 1941, nowdays JR Tokai’s Minobu Line) bought 3 locomotives (Class 210, reclassified as ED21 following the transferral to JGR, ED21-1 retired in 1959, and the other two were retired in 1973), Nambu Railway (acquired by JGR in 1944, nowdays JR East’s Nambu Line) bought 4 locomotives (Class 1001, reclassified as ED34 and later as ED27, they were retired in 1971) and Nagano Electric Railway, wich bought 3 locomotives (Class ED5000, two were sold to Echigo Kotsu in 1970 as they became surplus, following the acquisition of two then-brand-new Class ED500 locomotives from the closed Jozankei Railway in Hokkaido, wich Nagaden reclassified as ED5100 and remained in service until 1979, when they were sold again to Echigo Kotsu. Following the abolition of freight services on the Nagaden, the sole remaining Class ED5000 locomotive was rarely used, mostly for empty stock movment or maintainance trains, and was withdrawn in 2006, after 80 years of service!).

As of today the only ED15-type locomotive preserved (Nagaden’s ED5000 was scrapped in 2017!) is ED15-1, wich is considered a national monument (being the first domestically-produced electric locomotive), and it’s preserved at the Hitachi factory of Hitachinaka, Ibaraki prefecture.