The dreaded Penn Central was formed on the 1st of February 1968 as a merger between the Pennsylvania Railroad and it’s arch-rival, the New York Central Railroad, in an attempt to save each other’s finances in a time of general passenger and freight rail transportation decline. Absorbing also the New Haven and the Susquehanna Railroads as well in the merging process, the Penn Central ended up as an horribly botched merger, as either of it’s “consituent” companies wiewed the other with suspicion, and stubbornly refused any attempt at collaborating.

Losing upwards to one milion dollars per day, the Penn Central quicly became notorious for it’s horrible financial situation, lack of maintanance and overall decaying infrastructure. The comapany declared bankruptcy in 1970 and was officially disbanded in 1976, when all the assets of Penn Central were acquired by the Conrail pubblic company. 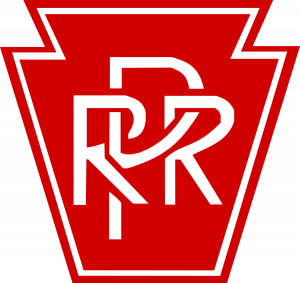 The Pennsylvania Railroad was founded in 1853 and quickly became one of the largest and most famous railroad companies in the United States. Famed for it’s stylishly designed trains, penned by renowed industrial designer Raymond Loewy, and it’s grandiose stations, such as the Union Station in Washington D.C. and the Penn Station in New York, at it’s peak the Pennsylvania Railroad was one of the richest and largest companies in the world. However, after the second world war, the railroad started losing passengers to cars and ariplanes and freight to trucks, being forced to axe many of it’s iconic services. In an attemt to save it’s finances, the Pennsylvania Railroad merged with it’s arch-rival, the New York Central Railroad in 1968, forming the Penn Central company.