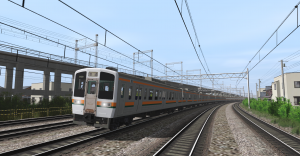 The 211 Series is often overlooked within the vast panorama of Japanese electric multiple units. It’s a middle-way: neither one of the classic and beloved JNR-era designs like the 113 Series, nor part of the more modern and famous Shin-Keiretsu Densha family (such as the E231 and E233 Series).
However, the 211 Series has been a crucial asset for many lines and depots for well over 30 years, and has been particularily influential, in it’s own little niche, on the subsequent generations of suburban electric multiple units.

The story of the 211 Series began, like many similar designs, in the mid-1980s, with the looming privatization of the JNR.
At that time, the national railways were seeking for a new design that would have been worthy of replacing the famous 113 and 115 Serieses, JNR’s standard suburban trains wich by then had been in production for nearly 20 years, on suburban and regional services thruought the country, starting from the Tokyo Metropolitan Area.

The new suburban train design had two main objectives: achieving considerable electricity (and thus monetary) savings and improving JNR’s image, as by then the massively idebted pubblic company was being percieved by the travelling pubblic as old, late, overcrowded and inefficient.

The idea behind the 211 Series was to have a train that would have been conceptually similar to the existing 113 and 115 Serieses (therefore using the same bodyshell size, three doors and cross-seating arrangment) but with a slew of technical improvments, including the usage of a stainless steel bodyshell (wich, depsite the higher upfront cost being a little higher than conventional carbon steel ones, long-term savings could be made thanks to their durability, as they did not need frequent rust-removal maintainance works, was overall lighter and painting could be reduced to a bare minimium of just a side colored line), bolsterless bogeys with pneumatic suspensions, offering a far more comfortable ride than older spring-suspension ones and an improved resistor traction control with additional field weakening notches, coupled with a very responsive regenerative electric braking, granting the considerable energy savings (and thus reduced operating costs) that JNR had yearnt so long for.

Most of these (and many other) improvments were also implemented on the 205 Series commuter train, wich was being designed at the same time as a replacement for the dated 103 Series.
To contain costs, both serieses had been designed at the same time, and shared almost the entirety of their technical components, including the same traction motors, pantographs, bogeys and driving desks. However, the 211 Series had a different transmission gearing compared to the 205 Series, more oriented towards speed than accelleration (110Km/h vs 100Km/h as maximium speed). Another notable fetaure was the modern front design, wich consisted in a single-block-molded fiberglass “mask” fixed to the stainless steel bodyshell.

All four subseries were built starting from 1985 and were introduced simultaneously with the timetable change of the 3rd of March 1986 in two areas: Tokyo and Nagoya.
Tokyo obviously got the bulk of the first order, with -0 and -2000 subseries sets (formed in 10+5-car sets) being deployed on Tokaido Line services between Tokyo and Atami and with -1000 and -3000 subserieses (formed in -5 and -3-car sets eventually coupled togheter to form 15-car sets) being deployed on the Takasaki and Utsunomiya Lines between Ueno and Takasaki or Kuroiso.
15-car sets on both lines were fitted with two single-level SaRo 211 type reserved-seating green cars. All of the Tokyo area sets were fitted in an adaptation of the “Shonan” livery of 113 and 115 Series trains: orange and dark green.

By 1987, the 211 Series fleet was formed of 258 cars: eight in Nagoya and 250 in the Tokyo area (85x -0 and -2000 subseries sets and 165 cars for the Takasaki and Utsunomiya Lines). The 211 Series had been a complete success, with both image-improving, and most importantly, cost saving objectives being fully met – the 211 Series was one of the trains that JNR needed in order to have a fighting chance against the impending privatization, with the final, and most sought after objective, being to completely avoid it.

However, the fate of JNR had been sealed even before the national railway’s designers drew the first line on the 211 Series’ blueprints. JNR’s issues were too deep and radicated to be resolved just by the introduction of new designs, and while the 211 Series (and related similar designs, such as the 205 Series) were a good answer, they were only to part of JNR’s vast array of issues.
Privatization ultimately came on the 1st of April 1987, with JNR being split into six regional companies and a nationwide freight carrier. With the splitting of JNR, the 211 Series’ fleet was split as well, with the Tokaido, Takasaki and Utsunomiya lines’ fleet being inherited by JR East, while the two Nagoya sets were inherited by JR Central.

However, both companies immediately recognized the 211 Series as a well-designed train, being relatively inexpensive while superbly reliable and perfectly adequate to both companies’ needs.
Therefore, both JR East and JR Central decided to continue ordering 211 Series sets as an interim mesaure, until their own new suburban train designs would become reality.