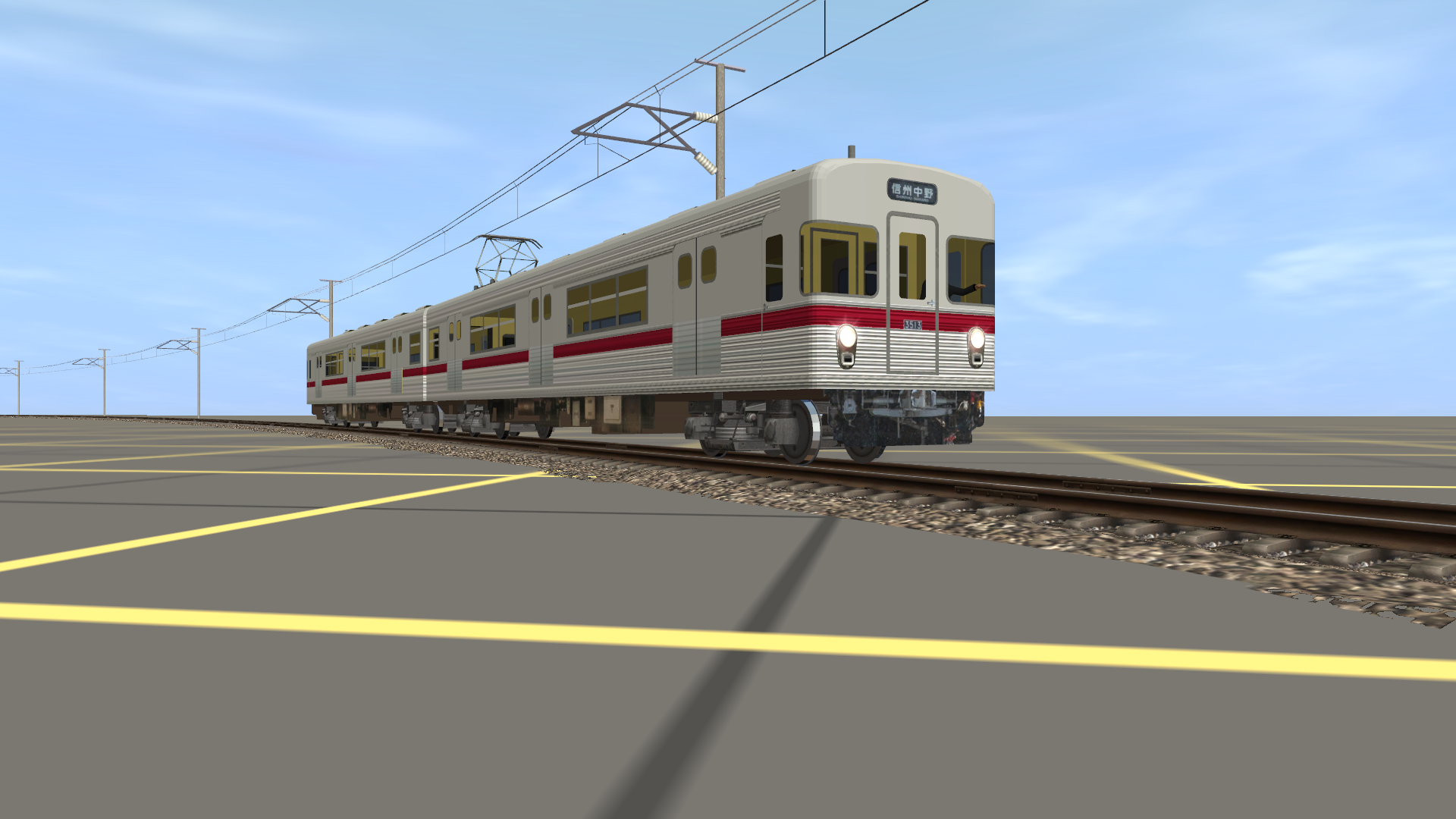 All the dependencies are either included in the package or avaible on the DLS.

39 retired TRTA 3000 Series cars were bought by Nagano Electric Railway in 1994, they replaced all the 2500 series trains, the remaining 1500 series trains and the two 0 series sets.

At the same time, the ridership of the Nagano Electric Railway was shrinking, wich led to the closure of two of it’s three lines (the 50,4 Km Kawato Line closed in 2003 and the 12,4 Yashiro Line closed in 2012), leaving only the 30,4 Km Nagano Line.

This meant there was a surplus of 3500 series trains, so in 2003 the sole 10 series set was retired, depsite having been in service for just 23 years.

As the 3000 Series are nearing 60 years of age, Nagaden is looking for a replacement, and the rumored one is the same train that replaced them on the Hibiya Line back in the late ’80s: the 03 Series.