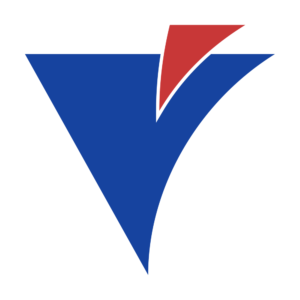 The Asa-Kaigan Railway (“Asa Coast Railway”) was formed in 1988 to take over and resume construction of the Asato Line (sometimes also translated to the “Asa East Line”), one of the many new local lines that JNR had planned, but was forced to abandon the construction due to the passing of the JNR Reconstruction Act, wich effectively forbade JNR from building any new local line.

The Asato Line was to be a link line between the Mugi Line (Tokushima to Mugi) and another under-construction line, the Asa Line (in it’s western section, running between Kochi and Nahari), all three part of a planned faster route between Tokushima or Komatsushima (on Shikoku’s eastern coast) and Kochi city (on the southern coast), intended as an alternative to the very difficult inland Dosan Line.

Work started on the construction of the line in 1973 (right after the opening of the Mugi Line extension from Mugi to Kaifu station), but was suspended, and later abandoned completely in 1980.

In 1988, after the privatization of JNR, the government of Tokushima prefecture established the Asa Kaigan Railway in an attempt to resume construction and to eventually complete the Asato Line. Construction resumed in the same year, but due to the burst of the economic bubble, and the de-population of Shikoku’s rural areas, the remainder of the construction was supsended and later abandoned again. The Asato Line opened in 1992, but only with the 8.5 Km section between Kaifu and Kannoura stations, with just one intermediate stop at Shishikui, effectively operating as a tiny southwards extension of JR Shikoku’s Mugi Line.

Upon the opening of the Asato Line, the Asa Kaigan Railway operated the line’s service with a tiny fleet of just two diesel railcars: ASA-100 and ASA-200 (two different serieses with only one unit each!). In 2008, the sole ASA-200 Series unit derailed at the southern terminus of Kannoura, and was taken out of service. As the Asa Kaigan Railway hadn’t enough money to repair it, it was decided to scrap it.

The sole ASA-200 Series unit was provisionally replaced with KiHa 40 2110, wich was loaned from JR Shikoku and returned to the original owner in 2009, when the Asa-Kaigan Railway acquired free-of-charge unit TK-201 from the closed Takachiho Railway.

As of today, the railway’s fleet of just two diesel railcars is made up of unit ASA-101 (dating from the line’s opening in 1992) and unit ASA-301 (the former Takachiho Railway unit TR-201).

Due to the shortness of the line and the scarcely populated areas it served, ever since it’s opening in 1992, the Asa-Kaigan Railway has suffered from an extremely low ridership, and it’s costantly in danger of closing, altough the company plans to introduce dual-mode rail/road busses to extend it’s “service area” and increase revenue.

With a total trackage of just 8.5Km and a total of only two diesel railcars, the Asa-Kaigan Railway is Japan’s smallest operationally independent railway company.

The Shibahama Railway in Chiba Prefecture is shorter (2.2Km) and has a smaller fleet (only one EMU set, on loan from the Keisei Electric Railway), but it’s not operationally independent, as it relies on trough-services with the Keisei Electric Railway (it not even has any personnel of it’s own – all trains and station are managed by Keisei crews).

The western section of the Asa Line was also left uncompleted by JNR. It was taken over by the Tosa Kuroshio Railway and opened in 2002 as the Gomen-Nahari Line.

The Asa Kaigan Railway never owned more than two diesel railcars at any given time.