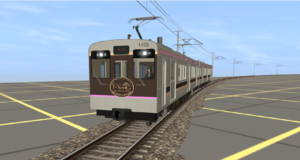 The last company to buy second-hand 1000 Series cars was Fukushima Kotsu (it’s mainly a bus company but it also operates the iizaka railway line in Fukushima city), wich acquired four 2-car sets and two 3-car sets in 2016 (all of them were converted from MoHa intermediate cars). Re-numbered (you guessed it) “1000 Series”, they entered service in 2017 to replace the 7000 Series (an ex-Tokyu 7000 Series too), with all 7000s being retired in 2019 (except one set being kept as spare or for events).