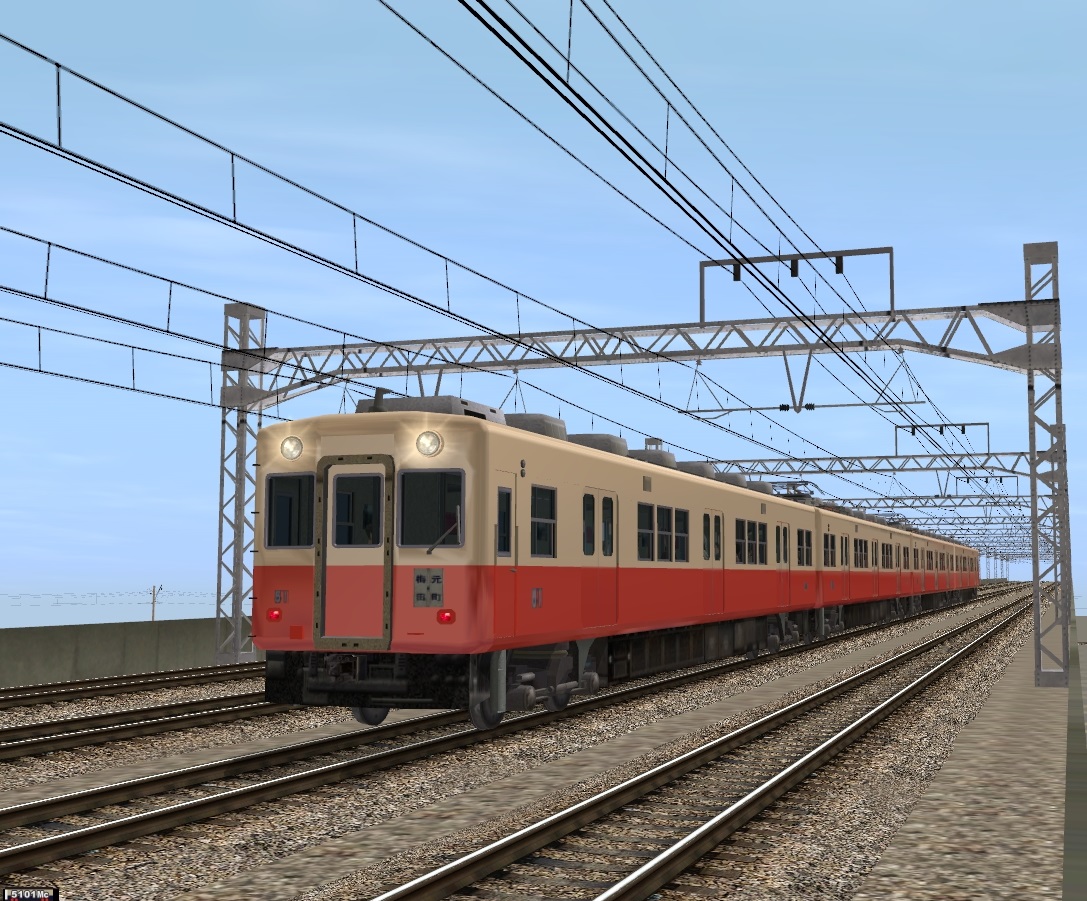 The 7001/7101 Series was introduced in 1970 to test new technologies to incorporate on Hanshin’s future rolling stock.

They were the first full-Chopper-controlled trains in commercial service in Japan (the TRTA 6000 Series wich was the first overall as it was introduced in 1968 but only as a prototype train. Commercial service actually started in 1971 with the arrival of the first full-production trains), using an unique early-type Armature Chopper manufactured by Mitsubishi Electric.

It was also one of the earliest air-conditioned commuter trains (after some sets of the Keio 5000 Series wich were retrofitted with air-conditioning in 1968 and the Keihan 2400 series wich was airconditioned since it’s introduction in 1969).

They were used on Rapid Services on the Hanshin Main Line, competing with JNR’s 113 Series, and due to their technical novelty, they became the flagship trains of Hanshin Railway for all the 1970s and 1980s.

With the transformation into the 2000 Series, the former 7001/7101 Series cars lost their chopper control for a standardized (altough obsolete by the 1990s) resistor control (with superimposed field excitation).

The reformation obtained 8 6-car sets (a total of 48 vehicles), but due to the 1995 Great Hanshin Earthquake, wich devasted Hanshin Railway, 12 cars from various formations were destroyed and had to be demolished. Reformed into 6 6-car sets, the 2000 Series continued to run Rapid Services on the Hanshin Main Line.

In the 1970s the brand-new air conditioning was advertised by Hanshin as “Rokko’s (a mountain range in Hyogo prefecture) fresh air inside a train”.