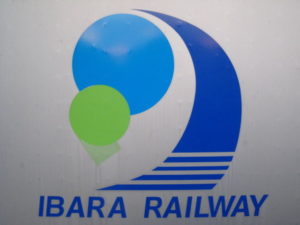 The third-sector Ibara Railway was formed in 1986 to resume and complete the construction of the Ibara Line, an old JNR project to relief the busy San’yo Main Line section between Okayama and Fukuyama, connecting Soja station on the Hakubi Line in the east with Kannabe station on the Fukuen Line in the west.

The new Ibara Line was also intended to replace the slow and dilapdated Ikasa and Tomo Railways, wich ran on 762mm narrow-gauge tracks along a similar alignment.

JNR began building the Ibara Line in 1966, but it was forced to suspend the construction of the partially completed line in 1980, due to a severe lack of funds and the passing of the JNR reconstruction act, wich effectively prohibited JNR from building any new rural railway line in order to save the severily contrapted finances of the National Railways.

In 1986, the Ibara Railway company was formed, funded mainly by the prefectural government of Okayama and in a lesser-part, by cities that the line was planned to serve.

The new third-sector railway was tasked to resume the construction of the Ibara Line, and to operate it once it had been completed. After several years of works, the Ibara Line finally opened in 1999.

Currently, the Ibara Line operates at 30 or 60 minutes intervals thruoght the day, with some morning, mid-day and evening services running to JR West’s Fukuyama Station via the Fukuen Line.

The section between Soja and Kiyone is double-tracked and electrified, and it’s shared with JR West’s Hakubi Line trains.