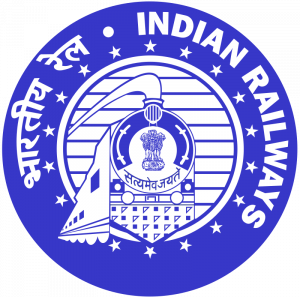 The iconic Indian Railways operate one of the world’s largest national railway networks, with a trackage totalling around 68 000 kilometers in lenght, 83% of wich (circa 52 250 Km) electrified with the 25Kv 50Hz AC system. The company, often variously described as the “Lifeline of the Country” operates the entirety of mainline passenger and freight services within India, ranging from 20+ coaches long express trains to famously  jam-packed commuter trains around major metropolitan areas, as well as a sizeable freight traffic.

The first railway lines in India were built during the british colonial era, with the first regular passenger services starting in 1853, on the Mumbai to Thane railway. Electric traction was introduced in 1925, with the electrification of select Mumbai suburban railway lines using the 1500v DC system.

The current Indian Railways entity came to be between 1950 and 1951, after India’s independence from the United Kingdom, as the government nationalized and unified all different railway companies that had been operating in the country until then. In the late 1950s a mainline electrification program was started, using the modern 25Kv 50Hz AC system under the guide of the 50c/s group.

Modernization began in the early 1980s, with the introduction of electronic ticketing in 1986 and self-printing ticket machines in 1990. “Shatabdi Express” trains and other fast express passenger trains with maximium speeds between 140 and 160Km/h were introduced in the late 1980s. This modernisation program is currently ongoing, with ambitious plans to completely electrify the entire indian railways network within the next few years, as well as the widespread introduction of the ETCS saftey system and a general upgrade of most mainlines to allow for faster running speeds. Among other ambitious plans are the construction of an high-speed railway between Mumbai and Ahmedabad using the Japanese Shinkansen system (part of an eventually planned network to span the entire country in the long term) as well as the ongoing construction of so-called “Dedicated Freight Corridors” (many of wich already in operation), alas dedicated lines exclusively for freight trains where impressively tall double-stack container trains (using conventional flatcars!) run hauled by electric locomotives equipped with extra-long pantographs to reach the equally impressively-tall catenary!

Indian Railways is a statutory body under the ownership and direction of the Ministry of Railways (previously as the “Railways Board”). Following inherited british pratcies, it is internally divided into 19 largely independent and autonomous “zones” (the equivalent of the pre-sectorization BR regions) – these being the Central (Mumbai and surrounding areas), East Central, East Coast, Eastern (Kolkata), North Central (Kanapur), North Eastern, North-Western (Jaipur), North-East Frontier, Northern (Delhi), South-Central, South Coast, South-East Central, South-Eastern, South-Western, Southern (Chennai), West-Central and Western zones, plus the “Konkan Railway”, wich operates the namesake Konkan Railway line and the “Metro Railway” zone, wich is tasked with the operation of the Kolkata Metro.

Indian Railways has also been until recently the world’s largest civilian employer*, with a workforce comprised of a million and a quarter railwaymen (since however surpassed by the nearly two million employees of the Chinese Railways!).

*the world’s largest employer is the US Army, with nearly three million employees (of wich actual servicemen being only a portion!), followed by the Chinese People’s Liberation Army (2.9 million), Amazon (a private corporation with 2.2 milion slaves) and the Chinese Railways.