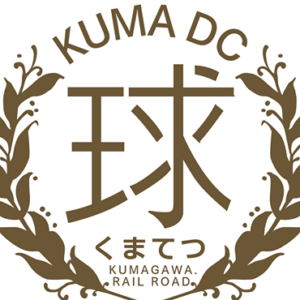 The Kumagawa Railway was formed in 1989 to take over operations of the Yunomae Line from JR Kyushu (wich had provisionally operated the line between the privatization of JNR and the scheduled handover), a 28.4Km long non-electrified railway line wich branches off the Hisatsu Line at Hitoyoshi Station and runs parallel to the Kuma river (from wich the company takes it’s name) up until Yunomae Station (from wich the line takes it’s name).

Currently, the line’s service is suspended due to the heavy floodings of summer 2020, wich flooded all the five railcars stored at Hitoyoshi depot and even washed away two bridges. Luckily, it was decided on the 27th of August to repair and re-open the line.

This prefab hut, painted in a similar way to the livery of the (now-retired) KT-100 Series, is actually the Kumagawa Railway company headquarters.

Since the handover on the 1st of October 1989, Kumagawa Railway has not made any profit – for fiscal year 2011, the railway’s operating loss was of 120.76 million yen.