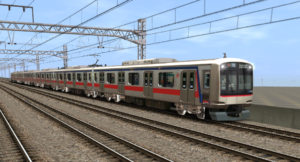 The 5080 series was introduced on the Meguro Line in 2003, to increase capacity on the line, following the start of inter running services with the Saitama Rapid Railway line (via the Tokyo Metro Namboku Line) and the newly-extended Toei Mita Line.

They are formed in 6-car sets based at Motosumiyoshi Depot (shared with the Toyoko Line).