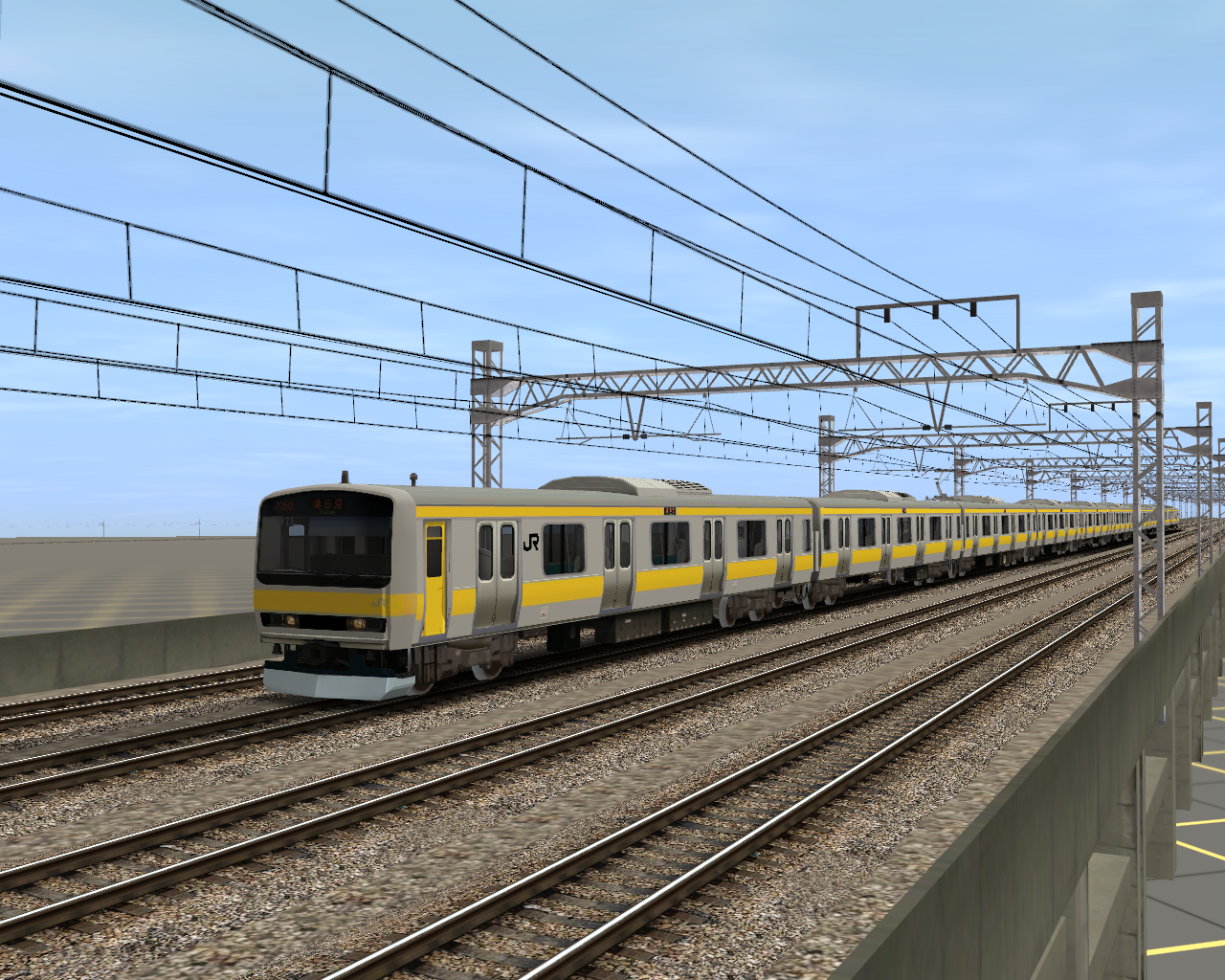 The 209-950 Series was introduced in 1998 to experiment new technologies that JR East intended to use on it’s planned new generation of commuter trains for the 21st century, the E231 Series.

A single 10-car set was manufactured by Tokyu Car Co., based on the 209-500 Series design in production at the same time (wich used wide bodyshells derived from those of the 1994 E217 Series) but unlike the 209-500s, wich used older Mitsubishi Electric GTO-VVVF inverters, the 209-950 Series used a more advanced IGBT-VVVF inverter made by Hitachi.

It entered service in 1998, assigned at Mitaka Depot for services on the Chuo-Sobu Line.

The sole E231-900 Series set is still in service on the Chuo-Sobu Line as of today, and can be distinguished both from standard E231-0s by it’s black “JR” logo between the cab door and the first passenger door (like standard 209-500 Series sets. E231-0s have a small white logo inside the lower yellow band) and from standard 209-500 Series trains by it’s silver-colored front (like standard E231s. 209-500s have a white front).

The 209-950 Series could not be numbered “209-900 Series” (the -900 subseries is usually used to denote prototype or pre-production test trains) as this classification was already used by the three prototypes (formerly “901 Series”) of the 209-0 Series in service on the Keihin-Tohoku Line.