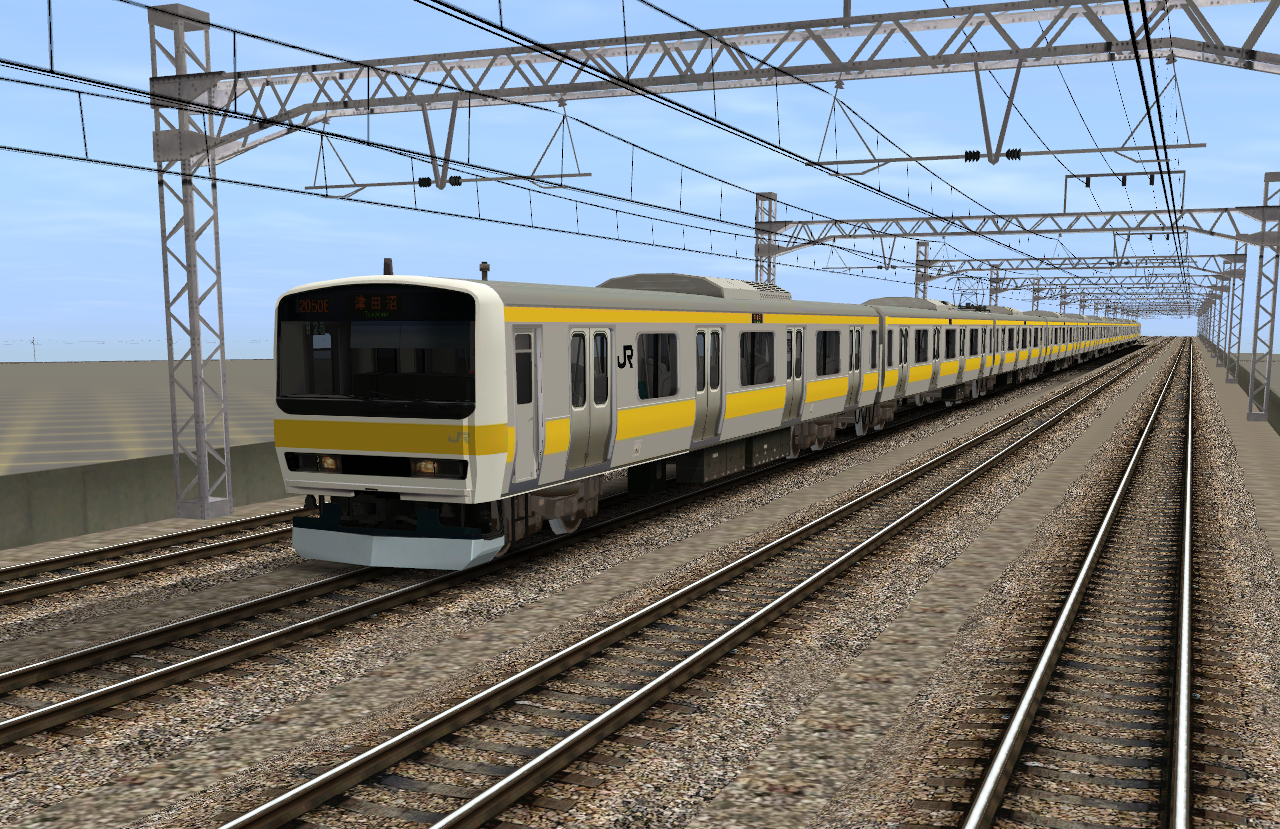 E231s are not ready yet, but the Chuo-Sobu Line desperately needs new trains.

The 209-500 Series was introduced by JR East in 1998 as a stop-gap mesaure until the first E231 Series trains entered service.

Using the new wide bodyshell of the in-production E231s (derived from those used by E217 Series trains introduced in 1994) with the older Mitsubishi Electric GTO-VVVF inverters of 209-0 Series trains, 17 10-car sets were manufactured by JR East istelf at it’s Niitsu factory in 1998, and entered service on the Chuo-Sobu Line in the same year, togheter with the E231 prototype 209-950 Series (later reclassified E231-900 Series), supplementing and replacing worn-out 103 Series sets (introduced on the line in 1979, but of 1964 design).

The arrival of full-production E231-0 Series sets in the year 2000, led to a fast standardization of rolling stock on the Chuo-Sobu Line, wich is one of the busiest JR East commuter lines, and at the time already had a plethora of different trains in operation, including the 103 Series, the 201 Series and the 205 Series.

In 2001, five surplus Chuo-Sobu Line sets were transferred to the Keihin-Tohoku Line (and later transferred again to the Keiyo Line in 2008)

The arrival of E231-500 Series set displaced from the Yamanote Line since 2014 led to the progressive transfer of the remaining 209-500 Series sets to the Musashino Line, where they run in 8-car sets.