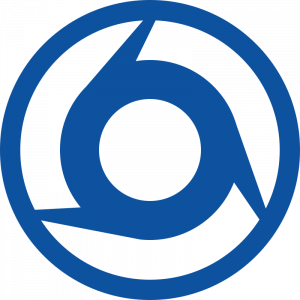 The current-day Kintetsu Railway is the result of an amalagamae of several different electric interurban railway companies dating back from the turn of the century. The most direct “ancestor” of Kintetsu is considered the Nara Tramway Co. (later the “Osaka Electric Tramway Co.”) wich opened today’s Kintetsu Nara Line, between Osaka and Nara via the Ikoma tunnel in 1910, with more lines being added to the network thruought the 1920s. At the same time, several subsidiaries of the Osaka Electric Tramway Co. started building “complementary” lines, with the Sankyu Railway (and later the Ise Electric Railway) opening lines to the Ise peninsula, and the Yoro Railway opening the Yoro Line.

During the 2nd world war, by order of the Japanese Government, in 1941 all the subsidiaries of the Osaka Electric Tramway Co. were consolidated into the “mother company”, wich was then renamed the “Kansai Kyuko Railway” (or “Kankyu”).

During the post-war years, Kintetsu began to rebuild it’s network, converting some of it’s 1067mm lines to 1435mm gauge. In 1947, Kintetsu started operating the first limited express reservation-only train for a Japanese private railway, connecting Osaka-Uehonmachi with Kintetsu Nagoya, in direct competition with the obsolescent and inadequate JGR (and soon after JNR) Tokaido Main Line.

As of today, Kintetsu Railway is the main company of the Kintetsu Group, a financial conglomerate that has evolved from the railway itself and now includes also Kintetsu World Express (a mail/parcel freight forwarding company), Kinki Nippon Tourist (one of the world’s largest tourist agencies), Kinki Sharyo (one of Japan’s major rolling stock manufacturers) and the Kintetsu Liners rugby team.

Network-wise, Kintetsu Railway is subdivided in two “main” networks, both fully electrified at 1500v DC via catenary: the 1435mm-gauge one, formed of the Osaka, Nagoya, Nara, Kyoto, Yamada and Shima Lines and relate branchlines (aptly named after their terminuses) and the 1067mm gauge one, formed by the Minami-Osaka Line, the Yoshino Line and related branchlines.

Complementing the two main networks, there are also several smaller “special lines”, such as the Kintetsu Keihanna Line, wich is electrified with a 750v DC third rail (the last non-subway line in Japan to do so) for trough-services with the Chuo Line of the Osaka Municipal subway, and several cable car lines.

Kintetsu also used to own and operate two 762mm-gauge lines, the Utsube and Hachioji Lines, wich were separated from the “mother company” and handed over to the Yokkaichi Asunarou Railway (wich operates as a subsidiary of Kintetsu) in 2015. Similarily, the Yoro and Iga lines were also handed over to subsidiary companies, the Yoro Railway and Iga Railway, both formed in 2007.