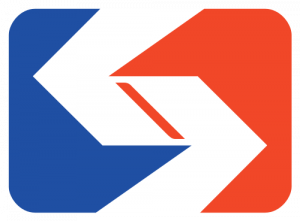 The Southeastern Pennsylvania Transportation Authority, commonly known by it’s “SEPTA” acronym is the agency responsible for pubblic transportation in Philadelphia and the surrounding metropolitan areas, including the neighbouring counties of Delaware, Montgomery, Bucks and Chester.

SEPTA as an agency was formed in August 1963, and began operations in 1965, absorbing the Passenger Service Improvement Corporation (PSIC), an agency formed to better coordinate commuter transportation between the Reading and the Pennsylvania Railroads and the Southeastern Pennsylvania Transportation Compact (SEPACT), another agency formed to better coordinate regional bus service between Philadelphia and the neighbouring counties.

After absorbing the PTC, SEPTA’s expansion continued gradually, with the agency absorbing the Philadelphia Suburban Transportation Company in January 1970 (the operator of the 101 and 102 interurban tramway routes and the Norristown High-Speed Line, wich the company had inherited from the Philadelphia & Western Railroad and several suburban bus lines), followed in 1976 by the acquisition of Schuylkill Valley bus lines, and in the process the agency also contributed to the purchase of new rolling stock for the commuter services operated by the near-bankrupt Reading Railroad and Penn Central (the ill-fated successor to the Pennsylvania Railroad). Later that year, both railroad companies went bankrupt, with the commuter services being transferred to the Federal Government-founded Conrail and operated under contract by SEPTA.

In 1983 SEPTA finally began operating directly the commuter services, taking over from Conrail. This however soon followed a period of service cutbacks, leading to the abandonment of all the diesel-operated routes and a considerable cutback of some electrified lines as well.

A major re-organization of the commuter rail services was carried out in the mid-1980s by unifying the former Reading Railroad and Pennsylvania Railroad networks by constructing a centre-city underground connecting line, in the same style as Paris’ RER or Milano’s Passante, and subsequently re-structuring and re-naming the lines as “Regional Rail lines” R1 to R8.

SEPTA itself is considered a “Non-Profit” company. Only roughly 35% of the operating expenses is covered by fare revenue – the other hefty 65% the agency needs to operate is provided by Federal, State and Local government subsidies. Hence, like many other US transit agencies, SEPTA’s finances are constantly quite dire.

After the (hopefully temporary) closure of the Cambridge Trolleybus lines operated by Boston’s MBTA, SEPTA has become the only transit agency in the United States to operate all five major types of pubblic transportation vehicles (Busses, Trolleybusses, Trams, Subways and Heavy-Rail trains). It is also the largest and one of the only two agencies to operate a fully electrified commuter railroad network (the other one being Denver’s much newer and smaller RTD commuter rail system).