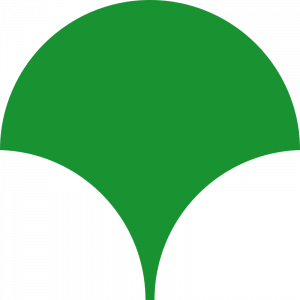 The Bureau of Transportation, commonly known by the “Toei” nickname (or alternatively by it’s TMGBT acronym) is the Tokyo Metropolitan Government agency resposible for the operations (and planning) of pubblic transport services in Tokyo’s 23 Special wards and in a few other municipalities of the greater metropolitan area.

A key component of the Transportation Bureau is the Toei Subway, a separate and independent subway network 109 Km long and formed of four lines serving 99 stations, complementing the larger and more well-known Tokyo Metro one.

The four lines of the Toei Subway, the Asakusa Line (Line No. 1), the Mita Line (Line No. 6), the Shinjuku Line (Line No. 10) and the Oedo Line (Line No. 12) like all the other subway lines of Tokyo were planned by the Metropolitan Government and were supposed to be built and operated by TRTA (Tokyo Metro’s predecessor), however, in these cases, TRTA declined due to various reasons, either because it was already building a parallel line (such as the case of the Asakusa Line), was too busy building other lines (Mita Line), the planned line would’ve been incompatible with the rest of the network (Shinjuku Line) or more simply it was a project too expensive for TRTA to afford (Oedo Line). Therefore, the Tokyo Metropolitan Government decided to step in and built these lines on it’s own.

Furthemore, the first three lines were all designed to connect to different major private railway networks and as such had to use different standards – hence, the Toei Subway is a ragtag collection of lines with mismatched standards – each and evry line is incopatible with the other three: the Asakusa Line (wich connects to the Keikyu and Keisei networks) uses the 1435mm standard gauge and 18m-three-door type trains, the Mita Line (wich connects to the Tokyu network) uses the 1067mm narrow gauge and 20m-four-door type trains, the Shinjuku Line uses Keio Railway’s peculiar 1372mm scotch gauge and 20m-four-door type trains – the Oedo Line is the only one that has no trough services (and as such it isn’t forced to adopt other railways’ standards), however it too is incompatible with the others as it is a narrow-sized Linear-motored subway line (the only one in Tokyo) running on standard gague tracks – the only thing the four lines have in common is the power system: a standard 1500v DC catenary!

Besides the subway, Toei also operates the fundamental, but often overlooked Toei Bus network, wich is formed by 138 routes criscrossing Tokyo’s 23 special wards (running mainly in the area inside the Yamanote Line loop and also in outlying relatively-recently-built areas such as Odaiba) and served by a fleet of nearly 1500 busses, the Toden Arakawa Line, the last surviving tramway line in Tokyo (togheter with Tokyu’s Setagaya Line), the Nippori-Toneri Liner AGT and the 300m-long Ueno Zoo monorail.

Toei itself has it’s origins in 1911, when the municipal government purchased Tokyo City Railway, the operator of Tokyo’s vast network of streetcars and placed it under the control of the Tokyo Municipal Electric Bureau, wich was also responsible for providing electric power to the city.

In 1942 the bureau was extensively restructured, absorbing (by order of the government) the bus and urban streetcar services of many private railways (such as Keio or Tokyu) – at the same time, the power generation sector being separated and privatized (becoming today’s TEPCO), with the bureau being subsequently renamed as the current “Tokyo Metropolitan Government Bureau of Transportation”. The following decades of the economic miracle and rapid economic growth saw Toei’s network expanding togheter with Tokyo itself. Toei’s first Subway Line, the Asakusa Line opened in 1960, followed in 1968 by the Mita Line. No longer adequate to the rapid ridership growth, most of the Toden tramway lines were replaced by subways thruought this decade, with the last ones (barred the three that were later merged to form the Arakawa Line) being closed in 1972. In 1978 the Shinjuku Line opened, and in 1991 the Oedo Line opened as well, reaching it’s current lenght in 2000, the same year that the “passnet” IC card was introduced, wich would eventually evolve in today’s PASMO card.

The Toei Subway is Japan’s only (and one of the only two worldwide) subway network that uses three different track gauges. It is also the largest subway network where each line uses standards entirely incompatible with all the others – but it is not the only one – to remain in Japan, the Sendai, Kobe, Yokohama and Kyoto subways have lines with incompatible standards, however they are all networks formed of just two lines.*

Unlike TRTA, Toei has always been relatively slow in assigning a definitive name to it’s subway lines – the Asakusa Line was listed on subway maps as the “Tokyo Municipal Line” from it’s opening in 1960 until 1968, when it was renamed using the official name of “Line No. 1”. The Mita Line was also known with it’s official name of “Line No. 6” from it’s opening in 1968 to 1978, when both lines were renamed with the current “Asakusa” and “Mita” names. Likewise, the Oedo Line used it’s official “Line No. 12” name from it’s opening in 1991 until shortly before the opening of the full line in December 2000. The only line to use it’s definitve name from the start was Line No. 10, wich opened directly as the “Shinjuku Line” in 1978.

Sometimes, tourist guides or general literature may refer to the Toei Subway as a “private company” – nothing further than the truth – the Toei Subway is part of the Bureau of Transportation, wich is a governmental department. If anything, Tokyo Metro is structured legally as a private joint-stock company (a Kabushiki Kaisha in Japanese) but all of it’s shares are in the hand of pubblic entities – the Japanese Government (54%) and the Tokyo Metropolitan Government (46%).

“Toei” is a compound word that means “operated (-ei) by the metropolis (to-)” and hence refers to the fact that TMGBT’s services are operated by the Metropolitan Government. Depsite the identical name, it is unrelated to the famous Toei movie producing company (whose name is also a componund, but meaning “Tokyo Eiga (Film) instead”

Trough-services with the Tokyu Meguro Line

Trough-services with the Keio Line and related branches

The only other subway network in the world to use three different track gauges is the Barcelona Metro, where Line 1 uses the spanish 1668mm broad gauge, Lines 2 to 7 and 9 to 12 use the 1435mm standard gauge and Line 8 uses the 1000mm metric gauge. However, the network isn’t operated by a single entity, nor is it entirely a “proper” subway network: Lines 1 to 5 plus Lines 9 and 10 are “proper” subway lines operated by TMB, while all the other lines are frequent commuter railway services fare-integrated into the metro network, operated by FGC (Ferrocarrils de la Generalitat de Catalunya, the regional railway operator) on the inner-urban section of it’s regional lines.(the 1435mm gauge Barcelona-Valles line and the 1000mm gague Llobergat-Anoia Line).