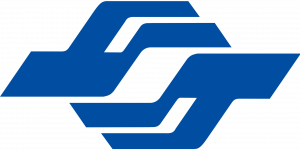 Note:
The Taipei Metro uses an intricate line naming system. In practice, each section of track is considered it’s own line, with it’s own name. When two or more sections are merged togheter to form a single line, so are their names, and the same thing applies instead when one is split into multiple lines. Over the years, the Taipei Metro has split and merged several lines, so it has had several renamings. If you feel confused, this video should clear things up.

Opened from the late-1990s onwards, the Taipei Metro (also known with the increasingly-in-disuse name of Taipei MRT) is Taipei city’s pubblic transportation backbone.

Taipei’s Metro network is formed of six lines (plus two short shuttle lines) totalling 153Km in lenght and serving 131 stations. Of the six, four (the Tamsui-Xinyi, Songshan-Xindan, Zhonghe-Xinlu and Bannan Lines) are full-subway lines served by driver-operated trains formed of six 23,5m-long cars powered by a 750V DC bottom-contact third rail, one (the Wenhu Line) is a driverless rubber-tyred light metro system based on the French VAL design, and the sixth one, the Circular Line, the most recent in the system, having opened in 2020, is a medium-capacity line based on the Italian AnsaldoBreda driverless metro system.

Plans for a subway network in Taipei were initially put forth in the late 1960s, however these were quickly shelved due to financial constraints and also due to the reason that a rapid transit system wasn’t really urgently needed at the time.

Discussions for the construction of a subway system resurfaced in the mid-1970s, as the economy of the island country grew, so did it’s traffic and congestion. A first serious plan comprising five lines was drawn up in 1977 and thruought the first half of the 1980s various consultants were asked to drawn their own proposals, among those a team of engineers that had been previously at work designing Hong Kong successful MTR. The result of these various consultancies came in 1986, with the approval by the Executive  Yuan (the Prime Minister’s office) of an initial network plan that included a north-south line (wich would become the Tamsui-Xindian-Zhonghe Line) running from Tamsui to Xindian via the Taipei Main Station and the Chiang Kai-Shiek Memorial Hall plus a branch line to Xinbeitou, an east-west line (wich would become the current Bannan Line) and an additional north-south line running along Fuxing Roand and then onwards to the Taipei Zoo (the current Wenhu Line).

Construction was stared on the 15th of December 1988, and after many delays and issues, the first line of the system opened for revenue service on the 28th of March 1996. Interestingly this first line to open wasn’t one of the “heavy-rail” ones, but the medium-capacity rubber-tyred Muzha Line (part of the current Wenhu Line), operated with VAL256-type cars in 4-car formations.

The first “proper” heavy rail subway line instead opened exactly one year later on the 28th of March 1997, this being the Tamsui Line (and correlated Xinbeitou Branch Line), running north-south from Tamsui to Zhongshan, replacing the old TRA Tamsui Line. In the following years, the line was quickly extended southwards, to Taipei Main Station by Christmas 1997 and then further southwards to Nanshijao and Xindan in 1998 and 1999 respectively, forming an inverted-Y-shaped line named with the “Tamsui-Xindan-Zhonghe Line” mouthful.

Soon after, on the 1999 Christmas eve, the second trunk line opened, this being the east-west Bannan Line, running between Longshan Temple and Taipei City Hall. One year later, in 2000, another line opened, this being the short Xiaonanmen Line, running between Ximen (the interchange with the Bannan Line) and Chiang Kai-Shiek Memorial Hall (the interchange with the Tamsui-Xindan-Zhonghe Line) with one intermediate stop at Xiaonanmen.

In 2004, a new branch line was opened, this being the Xiaobitan Branch Line, a single-track shuttle that ran beteen Qizhang Station on the Tamsui-Xindan-Zhonghe Line and Xiaobitan station, wich was located adjacent to the subway depot of the same name.

In 2009, after several extensions to the Bannan Line, the northern half of the Muzha Line was opened as well, this being the Neihu Line, wich connected to the Taipei Shongshan Airport and then ran along the northern side of the Keelung River before terminating at the Nagang Exibition Center (to wich the Bannan Line would be extended to shortly after). With the extension complete, the line was renamed with the current “Wenhu Line” name.

2010 saw the opening of a new trunk line, the Luzhou Line, running from Zhongxiao Xinsheng (an interchange with the Bannan Line) to Luzhou, intersecting with the Tamsui-Xindan-Zhonghe Line at Minquan West Road station. Two years later, a branch to this line was opened, named the Xinzhuang Line and running to Fui-Jen University (and later to the current terminus of Huilong), with the now Y-shaped line renamed as the “Xinlu Line”. Shortly after, the Xinlu Line was extended again, this time southwards to Guting, absorbing the Zhonghe Line to Nishijao in the process, with the full line now renamed with it’s current “Zhonghe-Xinlu Line” name. This was the first phase of a complex re-organization process that saw the splitting into three separate lines of the Tamsui-Xindan-Zhonghe Line.

Having lost the Zhonghe Line, the now-renamed Tamsui-Xindan Line was then split again in 2013, with the opening of the extension from Chiang Kai-Shiek Memorial Hall to Xiangshan, with Tamsui Line services re-routed over the new section, resulting in the current Tamsui-Xinyi Line, and finally, in 2014 the Xiaonanmen Shuttle was merged into the remaining Xindan Line, wich was then promptly extended northwards to Songhsan, forming the current Songshan-Xindan Line.

With the re-organization shenanigans over, few extension to the subway network were carried out, as the city government was focused on other railway projects (the New Taipei LRT and the Taoyuan Airport Railway), until 2020, when the first section of the Circular Line opened.

Currently, except for the Circular Line, whose circle should be closed somewhere in the 2030s, Taipei city has no plans for further subway extensions, as the network has already a pretty extensive coverage. Instead, the city is focussing on new light rail lines, wich will eventually act as feeder lines for the subway. These will not however be operated by Taipei Metro, but instead by the “New Taipei Metro”, the separate (albeit managed jointly) company responsible for services in New Taipei (new taipei being a sort of a “circular” municipality that encircles Taipei city proper). The first of these such lines, the Danhai LRT (running around the Tamsui area and thus acting as a feeder for the Tamsui-Xinyi Line) was opened between 2018 and 2020, and the second, the Ankeng Light Rail is set to open soon.

Besides the afromentioned light rail lines, the Taipei Metro is also complemented by the commuter trains operated by TRA and by an extensive bus network, Taipei Joint Bus System, operated by 15 independent bus companies coordinated and overseen by the Taipei and New Taipei City traffic bureaus.

The Taipei Metro is managed by the Taipei Rapid Transit Corporation, a company that is managed directly by the so-called “Department of Rapid Transit Systems”, the agency of the Taipei municipal government that oversees subway operations, and has the final saying in almost evrything.

Tamsui to Xindian or Nanshijao via Taipei Main Station, Chiang Kai-Shek Memorial Hall and Guting (split into the current services between 2012 and 2014)